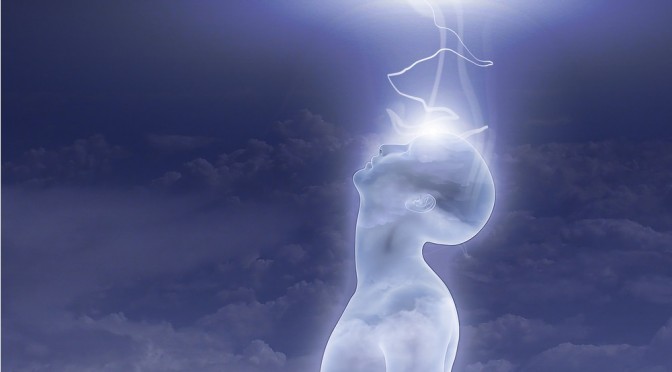 In the year 1979, near the Trivandrum sea shore, an elderly gentleman was reading the Bhagavad Gita. That time, a young talented atheist guy came and took his seat by the side of that gentleman. The young guy taunted the gentleman by saying that in the age of science, only foolish people prefer to read old fashioned books like the Gita.

He further said that, had the gentleman devoted the same time to science, then by now the country would have scaled great heights.

The gentleman did say nothing but asked the young man for his introduction to which the youth replied that he was a science graduate from Kolkata who had come to make his career in Bhabha Atomic Research Center.

The youth further told the gentleman to devote his attention to scientific research as by reading the Bhagavad Gita, he wouldn't be able to achieve anything.
The gentleman simply smiled and rose up to leave. As soon as he got up, four security guards surrounded him and his driver brought his red beacon fitted official car. Seeing all these the youth panicked and asked the gentleman, 'Who are you?'
The gentleman now replied with a smile and said that his name is Vikram Sarabhai, the Chairman of the same organization, where the youth had come to make his career.
At that point of time, there were 13 research organizations in the name of Vikram Sarabhai, along with which he was also the Chairman of Commitee for Atomic Planning, having being appointed to the same by the PM Indira Gandhi.
Now, it was the turn of the youth to be ashamed and he fell down on Sarabhai's feet, crying profusely. It was then that Sarabhai said a very wonderful thing.

He said, "Behind every creation, there's always the Creator. So, it doesn't matter, whether it is the time of the Mahabharata or today's India. Never Forget God !!!
Today's atheist people, by invoking the name of science, may dance as much as they want but history is witness that science has been created by the God- believer theists only.
God is Eternal Truth. God's speech (Bhagavad Gita) is true; it cannot be falsified at all. Just by worshipping it, troubles will surely get resolved.