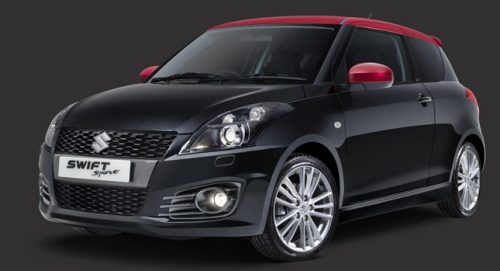 Suzuki Motor Corporation’s compact car Swift, which was launched as a world strategic model in November 2004, has reached cumulative worldwide sales of five million units in early April 2016 (eleven years and five months since the start of sales in 2004).

Since its launch in 2004, the Swift has brought innovative changes to Suzuki’s car-making, earning high appraisal for its sporty, stylish, and fun to drive character, such as by winning various car of the year awards in Japan and many other countries worldwide.

The Swift is truly a world strategic car, having been produced in countries including Japan, Hungary, India, China, Pakistan, and Thailand, and favoured and widely accepted globally from emerging market such as India, to developed market such as Japan and Europe.

*The Swift is currently produced in seven countries worldwide, and has been favoured in more than 140 countries and regions around the world.

In India, ever since its launch in 2005, the Swift steadily increased its sales in line with the market expansion due to economic growth, such as by adding diesel variants and sedans. The Swift accounts for approximately thirty percent (approximately 430,000 units) of the annual sales units of Suzuki in India to lead its sales expansion in the Indian market. The breakdown of five million units is: India 54%, Europe 17%, Japan 10%, etc.