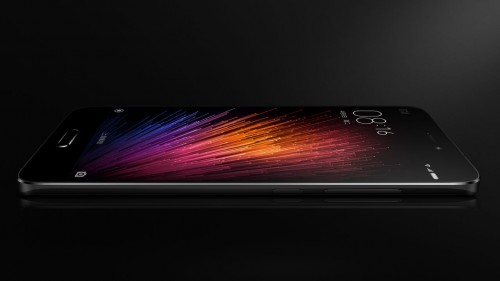 Much awaited Xiaomi Mi5 launched today, at an event in Beijing, China. The Chinese company also revealed the Mi 5 at Mobile World Congress in Barcelona which marked Xiaomi's first official presence at the global event.

Xiaomi launched its Mi4 in 2014, its almost 2 years by now and the Company claims Mi4 was a best seller where the sales figures closed 4 million. Xiaomi has packed some impressive specifications for it's latest flagship Smartphone Mi5. Xiaomi's VP Hugo Barra was very excited about the launch event. Few days back, he had teased few Sample Photos taken using Mi5 camera. The Company had sold 70 million smartphones to consumers in 2015, said Barra.

In terms of specifications, the device sports a 5.15-inch Full HD 1080p display and features a 3D curved glass body with the 32GB ROM and a ceramic body for the 128GB variant. It’s just 7.25 mm slim and weighs just 129 grams. It packs in a physical home button with a fingerprint sensor as well. This is the first Xiaomi phone to have a Physical button.

In terms of connectivity, the device supports 4G+ (up to 600mbps) and VoLTE, NFC and QuickCharge 3.0. Xiaomi has also used UFS 2.0 memory, which it claims to be 75 percent faster than eMMC 5.1. A 3000mAH battery completes the package.