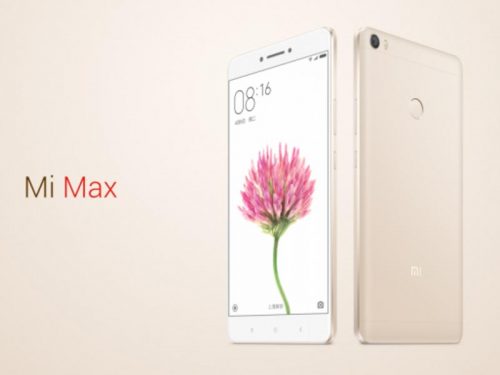 Xiaomi launched Mi Max in India for Rs.14,999.  Xiaomi also launched MIUI 8 in India along with Mi Max in the event held in New Delhi. The Mi Max is well priced in India, the handset was already launched in China few months back for RMB 1499 which comes to around Rs.15,200/-.

In terms of specification its a big screen smartphone with a 6.44 inch IPS LCD display with Gorilla Glass 3 protection. The display supports Full HD resolution (1080p). MIUI runs out of the box based on Marshmallow. The handset comes with Dual Hybrid SIM. Xiaomi Mi Max is powered by Qualcomm snapdragon 650 hexa core processor and the higher end variant is using Snapdragon 652 octa core processor.

The weight is at a higher end for a Smartphone with is 203 grams with battery and thickness is 7.5mm. Other Key features include 4G LTE,VOLTE, 3G, 2G, NFC, WiFi, GPS, IR port, FM radio, finger print sensor and Bluetooth. The power house is a 4850 mAh non-removable battery.