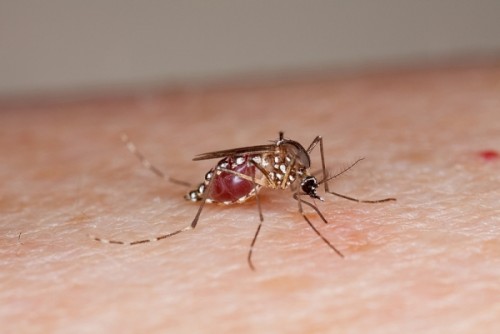 The World Health Organization said Thursday it will convene an emergency committee on the Zika virus, which is "spreading explosively" and suspected of causing birth defects.

The meeting scheduled for Monday will examine whether the Zika outbreak should be classified as an international health emergency, WHO said in a statement.

WHO's Director General Dr. Margaret Chan said the virus is "spreading explosively" in the Americas. "The level of alarm is extremely high," she said.

Zika virus is spread to people through mosquito bites. The most common symptoms of Zika virus disease are fever, rash, joint pain, and conjunctivitis (red eyes). The illness is usually mild with symptoms lasting from several days to a week. Severe disease requiring hospitalization is uncommon.

In May 2015, the Pan American Health Organization (PAHO) issued an alert regarding the first confirmed Zika virus infection in Brazil. The outbreak in Brazil led to reports of Guillain-Barre syndrome and pregnant women giving birth to babies with birth defects and poor pregnancy outcomes.

Experts strongly suspect that Zika is causing a severe birth defect called microcephaly, in which babies' brains are underdeveloped. It's not certain yet, but evidence is building.

'The possible links, only recently suspected, have rapidly changed the risk profile of Zika, from a mild threat to one of alarming proportions," Chan said in remarks to WHO's executive board.

In humans, it initially causes a mild illness known as Zika fever, Zika, or Zika disease, which since the 1950s has been known to occur within a narrow equatorial belt from Africa to Asia. In 2014, the virus spread eastward across the Pacific Ocean to French Polynesia, then to Easter Island and in 2015 to Central America, the Caribbean, and South America, where the Zika outbreak has reached pandemic levels. Zika virus is related to dengue, yellow fever, Japanese encephalitis, and West Nile viruses. The illness it causes is similar to a mild form of dengue fever, is treated by rest, and is not yet able to be prevented by drugs or vaccines. There is a possible link between Zika fever and microcephaly in newborn babies of infected mothers