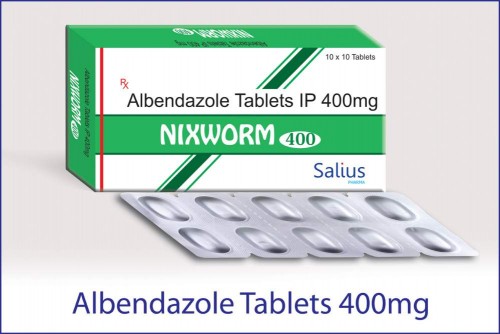 In view of reports in the media regarding some children complaining of nausea, gastric irritation and giddiness on being administered Albendazole tablets as part of the nationwide deworming initiative, the Union Minister for health & Family Welfare Shri J P Nadda assured that Albendazole 400 mg is a safe and effective drug for the treatment of parasitic worms. It is approved by the World Health Organization for treatment of worms and used globally. The Minister said: “A total of 236 children among a target of 27 crore children have reported some mild adverse events from states of Bihar, Chattisgarh, Haryana, Maharashtra and Rajasthan. The children were hospitalised, kept under observation and discharged without any major or serious complications. This is as per our standard protocol”. He assured that there is no need to panic. Such adverse incidences are noticed when the worm load is high among the children. Care needs to be taken that the children are administered this drug in presence of teachers or guardians, the Health Minister advised.

The National Deworming Day, a flagship initiative of the Ministry of Health & Family Welfare, was observed on 10 February 2016. It is the largest ever single-day public health campaign in the world targeting approximately 27 crore children aged 1-19 year throughout the country at risk of parasitic worm infection, through the platform of schools and anganwadi centres. The target population includes 8 crore and 19 crore children in the age group of 1-5 and 6-19 years respectively across 561 districts of the country. Over 900,000 education and health workers administered Albendazole tablet to crores of children in schools and anganwadis across India yesterday. 137 districts in 14 States have been excluded from the deworming initiative this year as they have already covered during Mass Drug Administration in Lyphatic Filarsis program of the Health Ministry. Robust systems of monitoring have been instated and health workers trained to administer the deworming tablets.