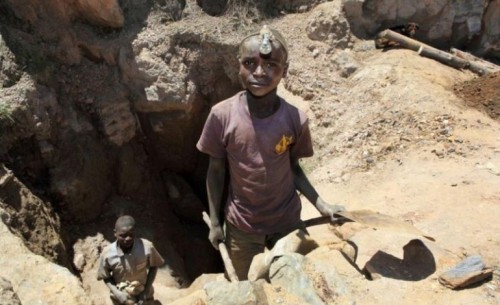 Major electronics brands, including Apple, Samsung and Sony, are failing to do basic checks to ensure that cobalt mined by child labourers has not been used in their products, said Amnesty International .

Children as young as seven are working in perilous conditions in the Democratic Republic of the Congo to mine cobalt that ends up in smartphones, cars and computers sold to millions across the world, by household brands including Apple, Microsoft and Vodafone, according to a new investigation by Amnesty International.
In the past, the United Nations International Children’s Emergency Fund estimated that more than 40,000 children were working in cobalt mines in the DRC.

Apple and Microsoft are said to be purchasing these batteries without doing any proper background checks.

And due to the high demand of these resources, rebels and the country’s armed forces engage in heinous practices—such as employing underage children to work by force–in order to get the minerals to sell and buy arms.