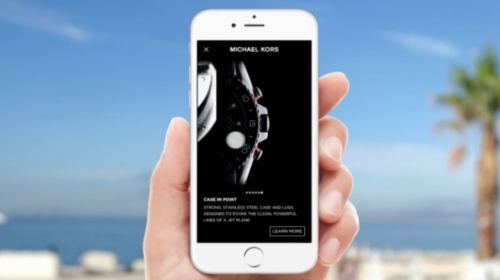 The social media leader Facebook launched Canvas a new full-screen, immersive and interactive mobile ad experience that loads nearly instantaneously when someone taps on a news feed ad for advertisers across the world. The new feature will allow advertisers to make creatives with a mix of video, images and text along with a call-to-action buttons, which will help them to create a effective brand and product experiences on Smartphone. Mobile ads built with Canvas entice people to scroll through a cascade of full-screen images, swiping along carousels or tapping at points to trigger videos or dive deeply into topics along the way.

“People love these ads,” Facebook product lead Paresh Rajwat said of early tests of Canvas. “They interact with these ads; Like them; comment on them; share them. We see people spending over 30 seconds in these experiences.” Altimeter principal analyst Charlene Li, who attended the Facebook unveiling, said the new program “is truly linear storytelling.” “Finally, we have an ad unit that can compete with a 30-second television ad,” she said.

Ads created using Canvas will be served up the same as other ads at the social network, and will cost the same to advertisers, according to Rajwat.

Canvas ads are designed to work on mobile devices powered by Apple or Android software.