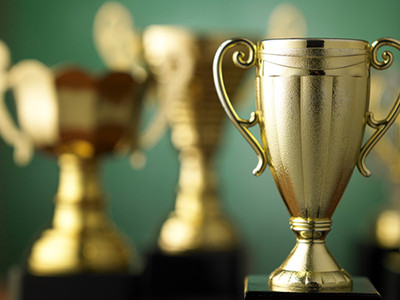 Here is the story of Birba. The man who was awarded twice on Republic day including the highest galantry award but is still unknown to most of us.

Bir Bahadur Gurung was a young well built lad not yet into his teens. He lived with his family on the banks of the Brahmaputra in Upper Assam, in a thatched roof hut.

Bir Bahadur Gurung was fondly called Birba by his family and friends. Needless to say, Birba was a strong swimmer. He also climbed nearby hills with the agility and sure footedness of a mountain goat.

One day, Birba and his friends were lounging
on the banks of the river. Birba saw a passenger ferry sail down stream, &which in Birba's own words seemed to be " walking like a drunken man ".

Birba barked a few instructions to his friends to get ropes and jumped into the water. For the next hour or so Birba was in water, saving as many as he could from the ferry , that had now capsized.He came out of the water only after Army rescue teams arrived.

For his act of exceptional bravery, Birba recieved the President's Bravery Award given to children on Republic Day..On R- Day, Birba rode the back of an elephant down Rajpath, waving excitedly to cheering crowds.

Fourteen years later, Lance Naik Bir Bahadur Gurung and his team of crack Commandos scaled a vertical cliff all through the night to catch the enemy by surprise at dawn. During the firefight, Birba was mortally injured, but he contnued to fight on and breathed his last only after all the enemy had been eliminated and the Tricolour fluttered atop the peak. The detailed planning and flawless execution of the capture of "Peak Tololing" during the Kargil war is the stuff that legends are made of. Cadets in military academies around the world study this military operation in great detail. Many cadets have submitted dissertations on Birba as a part of their study program. "The Life And Times Of Birba" is a lesson that eighth grade children learn in schools across Canada --as a part of their English Language curriculum.

Once again Birba's name was called on a Republic Day. His widowed wife walked up to the President to recieve the Param Vir Chakra.

Back home in Upper Assam, an approximately forty year old woman blows through a pipe to revive the dying embers of the fire in the "chullah". She lives in a thatched roof hut along with her aged in laws and an old aunt. The arresting feature of the hut is a framed colour photograph of Birba with two medals garlanding it.
Fortunately, Birba's only son -- now a teenager has been picked up by Birba's old Regiment, the Assam Regiment--where he is now a recruit.

My friends , this is the story of a genuinely great Indian. Unfortunately, he will never be even a footnote in our history books though many other ""genuinely great Indians"" like numerous scam tainted will be talked of for years to come. There will never be a Birba Road anywhere or a Birba Statue in the middle of a "Chow rasta". Such privileges are