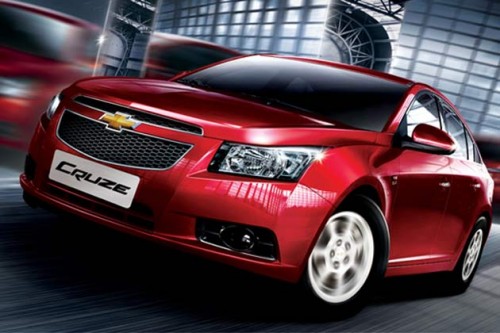 The new Chevrolet Cruze is powered by a turbocharged 2.0-litre diesel engine and comes with both a 6-speed manual and 6-speed automatic transmission, the company said in a statement.

GM India President and Managing Director Kaher Kazem said the car has new styling and added features along with the most powerful diesel engine in its segment.

“Since its launch, Cruze continues to be one of the largest-selling Chevrolet nameplates, selling over 3.5 million units globally,” he added.

The Cruze is now equipped with features including the ‘MyLink’ Infotainment System and rear vision camera as well as new LED daytime running lights among others, the company said.

GM India claims that as per ICAT, the automatic transmission version of the new Chevrolet Cruze delivers fuel economy of 14.81 kmpl, while the manual variant returns a fuel efficiency of 17.9 kmpl.

Chevrolet gives one more option for Indian Car buyers. You can call it a Facelift to Chevrolet Cruze