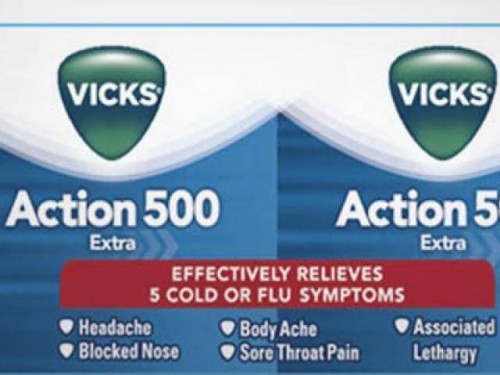 “The Government of India has prohibited the manufacture for sale, sale and distribution of fixed dose combination drugs (Paracetamol + Phenylephrine + Caffeine) with immediate effect. Our product ‘Vicks Action 500 Extra’ has the same fixed dose combination and is covered under the notification. We have discontinued the manufacture and sale of all SKUs of ‘Vicks Action 500 Extra with immediate effect.” Pfizer said in a BSE filing.

The Health Ministry has banned 344 'Fixed Dose Combination' (FDC) drugs, leading to an immediate suspension of the manufacturing and sale of some popular medicines in India.

Fixed-dose combination drugs are when a pharmaceutical combines two or more active drugs in a fixed ratio into a single dosage.

According to the notification, the matter has been examined by an expert committee appointed by the Central government.

"On the basis of recommendations of the said expert committee, the Central government is satisfied that it is necessary and expedient in public interest to regulate by way of prohibition of manufacture for sale, sale and distribution for human use of the said drugs in the country," the notification said.

The 344 banned drugs include the fixed dose combination of Chlopheniramine Maleate and Codeine syrup sold under the popular cough syrup brand Corex.