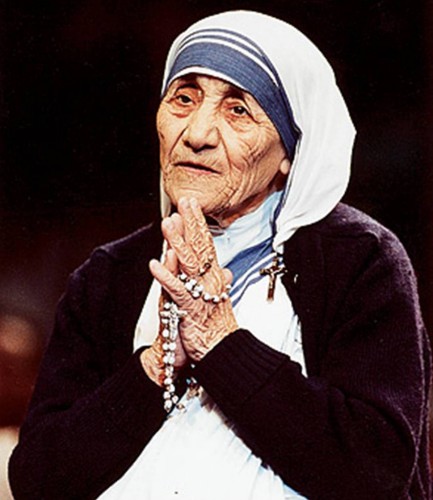 Pope Francis today formally approved sainthood for Mother Teresa and set September 4 as the date for her canonisation.

The move comes 19 years after the death of the missionary nun who dedicated most of her adult life to working with the poor of Kolkata.

The announcement was expected after the Pope, in December, approved a second miracle attributed to Mother Teresa’s intercession the final hurdle to make her a saint.

The actual date falls on the eve of the 19th anniversary of her death.

Mother Teresa died in 1997. She was beatified in 2003 by the Late Pope John Paul after a miracle of curing a woman of tumor in her stomach was approved by the Vatican.

Mother Teresa founded the Missionaries of Charity, a Roman Catholic religious congregation, which in 2012 consisted of over 4,500 sisters and was active in 133 countries.

They run hospices and homes for people with HIV/AIDS, leprosy and tuberculosis; soup kitchens; dispensaries and mobile clinics; children’s and family counselling programmes; orphanages; and schools.

Members must adhere to the vows of chastity, poverty, and obedience, as well as a fourth vow, to give “wholehearted free service to the poorest of the poor”.
Mother Teresa was the recipient of numerous honours, including the 1979 Nobel Peace Prize. In 2003, she was beatified as “Blessed Teresa of Calcutta”.

A second miracle was credited to her intercession by Pope Francis, in December 2015, paving the way for her to be recognised as a saint by the Roman Catholic Church.

A controversial figure both during her life and after her death, Mother Teresa was widely admired by many for her charitable works, but was also widely criticised, particularly for her opposing both abortion and contraception.

She also received criticism for substandard conditions in the hospices for which she was responsible.

Her official biography was written by an Indian civil servant, Navin Chawla, and published in 1992.