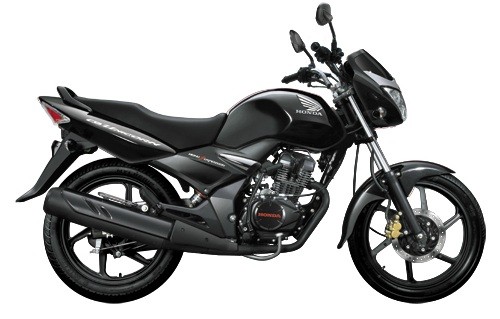 The two-wheeler manufacturer showcased the Unicorn 150 and also announced its intention to re-launch commuter motorcycle later in the year. The move comes based on the customer demand for the older model after having discontinued it in 2014, subsequently replaced by the CB Unicorn 160.

Bringing back the Honda Unicorn 150 certainly seems to be a positive move from the manufacturer and the model will co-exist with the new CB Unicorn 160 and CB Hornet 160R. The bike retains the same mechanicals and styling as the discontinued model with power coming from a 149.1cc single-cylinder, air-cooled engine tuned to produce 13.14bhp at 8500rpm and 12.84Nm of torque at 5500rpm. The rear wheel is propelled with the help of a 5-speed gearbox.

The motor is likely to get upgraded with Honda Eco Technology (HET)which is now standard across most two-wheelers from the company while the styling gets no changes retaining the analog instrument cluster, single-piece headlight, elongate seat, 3D Honda logo and 5-spoke black alloy wheels. Other mechanical bits remain the same inclusive of telescopic forks up front and spring-loaded monoshock suspension at the rear. Braking performance comes from a 240mm front disc and a 130mm rear drum brake setup.

The Honda Unicorn is a motorcycle developed by Honda Motorcycle & Scooter India (HMSI) and introduced in 2005. The motorcycle was built and designed by the Honda R&D team based in Osaka, Japan. It was internally called the CBF150M. The engine was taken from CRF150F post 2005 engine. The previous version of CRF150F was the old CBZ classic. The design of the bike was done keeping in mind Indian road conditions. Many new features were incorporated, including a two-way air jacket and a diamond frame. The first version of the bike featured spoke wheels and kick start with an optional self-starter.

Honda released this motorcycle to compete with the Bajaj Pulsar and the TVS Apache. Changes included alloy wheels, powder coated engine with a polished head, electric starter, new graphics, clear lens indicator lamps, a trip meter, and a slightly smaller rear grab rail. Few performance changes included minor changes in the cylinder head, overhead valve, ignition remap and a rear sprocket increase of one tooth, which resulted in increased acceleration at the expense of reduced top speed.The airfilter was changed from a dry paper to oil coated to better suit dusty conditions and a new airflow screw in carburetor. A limited Moto GP “Unicorn Grand Prix” edition had the guise of a Repsol Honda RC211V. HMSI sold 720,000 Unicorns in 2007. The Unicorn overtook the Bajaj Pulsar to rank highest in its category, the premium segment, in the 2005 Motorcycle Total Customer Satisfaction (MTCS) survey of 7,000 customers conducted by the TNS specialist division, TNS Automotive