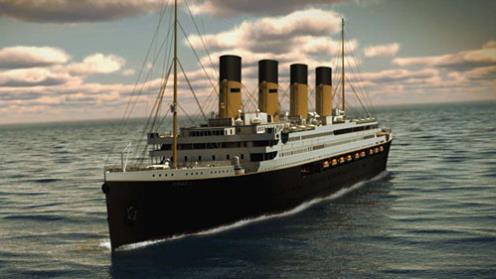 It is a wonderful idea to make amazing Replica of Titanic RMS in full size.

The idea coming from China.

Construction on the world’s first full-sized Titanic replica has started in China.

Once completed, the ship will be a fixed tourist attraction and not made for the open water.

It will feature a ball room, theater, swimming pool and premium first class guestrooms, in addition to reproductions of original facilities and amenities on the ship, according to the company tasked with building the ship.

The 300 metre vessel being built by the ship building company Wuchuan Group will be completed at the end of 2018 and will remain permanently docked as a tourist attraction in landlocked Sichuan province.

The project is funded by Sichuan Seven Star Energy Investment Group, which invested the equivalent of $145 million U.S. dollars in the project in 2014.

The attraction will be a component in the much larger Romandi sea Seven Star International Cultural Tourism Resort, located in Sichuan Province.

A completion date has not been revealed for the project.

The Titanic struck an iceberg and sank on its maiden voyage in 1912, killing 1,500 passengers and crew.

While China has started work on the most recent attempt, this is not the first project hoping to replicate the doomed ocean liner.

Australian billionaire Clive Palmer announced in 2012 that his company – Blue Star Line – would undertake the construction of the Titanic II, but the project has since stalled and construction has yet to begin on the vessel.